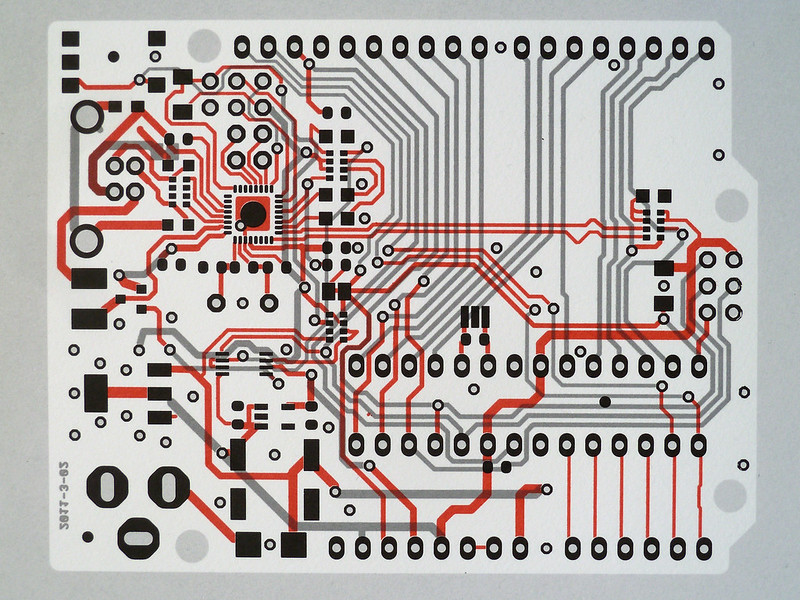 I made the first Circuit Portrait in 2013. It was a self-portrait, featuring my own Polarshield design. The second Circuit Portrait was a circuit that was very familiar to me: Arduino Uno. There’s some pictures of it on the original listing on Etsy, or inevitably, on pinterest. 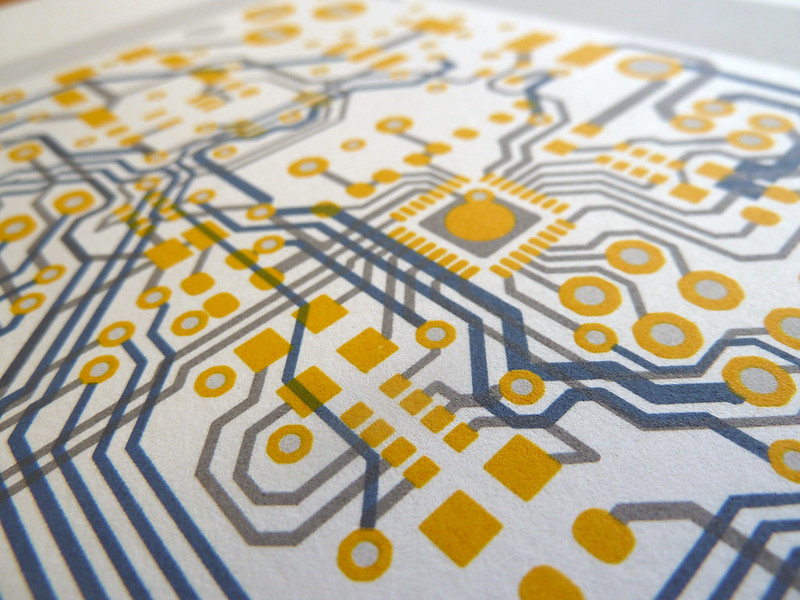 Quite unlike all of the Circuit Portraits that have come since, the Arduino Uno is already a recognisable circuitboard. There’s no case or wrapping, so even in it’s most abstracted artwork form, it’s still quite distinctive. 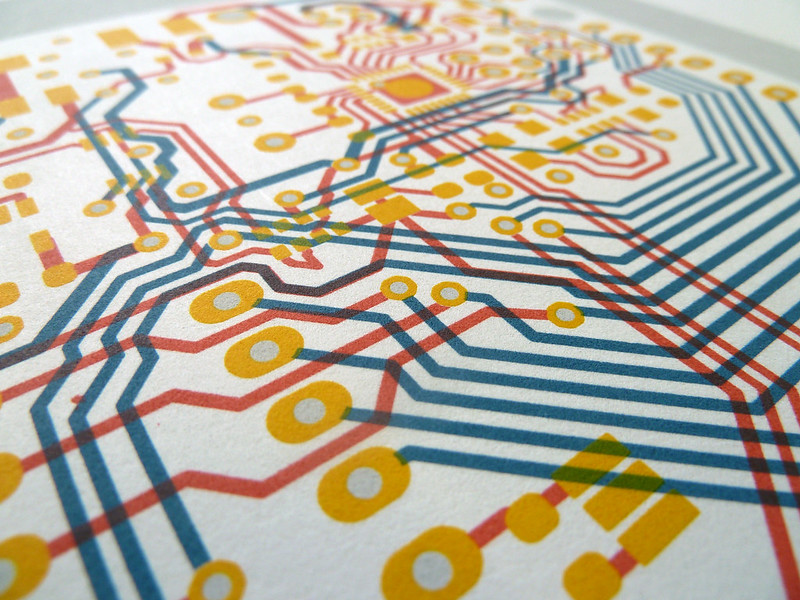 I printed this with an extra background layer to give it a bit more definition, so this is a four-layer print: Background (grey), bottom copper (blue), top copper (red) and pads and vias (yellow). The print itself is more detailed than the first edition, so though it is the same “portrait”, the treatment and result is quite different. 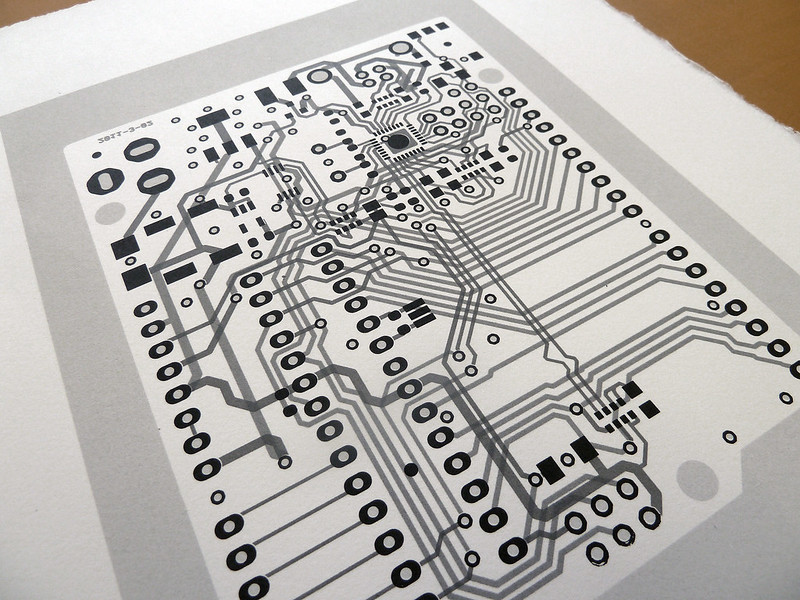 As the first edition, this was taken directly from the source files, rather than being copied from a real board.

Currently available in a a couple of colours on Etsy: